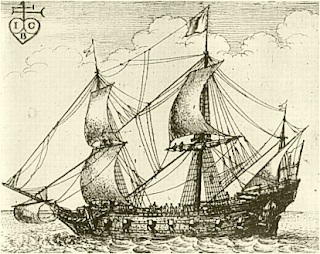 “As many as one in four settlers abandoned New England,” asserts Susan Hardmoon Moore in her interesting study, Pilgrims: New World Settlers and the Call of Home (p.14).  Really?!  I knew that the Puritan emigration from England slowed mid-century when persecution diminished—after all, Puritans even gained control of the British government for a while.  The period of 1630-39 contained the great Puritan exodus from Britain.  However, I didn’t know that “in the decades after 1640, far more people left New England each year than went there” (p.1).  This significant emigration from New England provokes the question: why did so many leave?  Moore tackles the question…and there I leave all of us in tantalizing suspense.

I wanted to introduce this book (suggested by a blog reader) for your exploration and my future reference, when I’m ready to research these questions.  I’m interested in transatlantic studies, so a movement of people who brought New England experiences back to England is intriguing.  How much of the New England perspective was then incorporated by English Puritans?  Did the return of so many settlers demean the colonies, or did the exodus spread New England’s influence in an unexpected way?
Posted by Christine at 8:25 PM